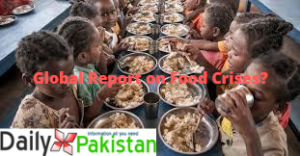 The GRFC conducted a survey of 24,000 families in 32 countries to find out how households were coping with food shortages. The report found that hunger levels had risen dramatically over the last four years. This is partly due to climate change and air pollution, which have both caused crop failures and droughts. 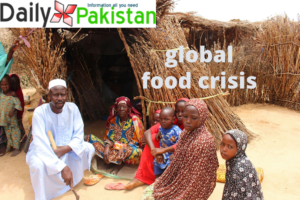 The Global Report on Food Crises is an annual report that assesses the levels of hunger and food insecurity around the world. This report is produced by the Food and Agriculture Organization of the United Nations (FAO), the World Food Programme (WFP), and the United Nations Children’s Fund (UNICEF).

Globally the rate of hunger remains high in 2021 it broke all the records according to the global report on food crises (GRFC) about 193 million people acutely food insecure and in need of urgent assistance across 53 countries/territories according to the findings of (GFRC).

The report blames climate change, conflict, and economic downturns for the increasing levels of hunger and food insecurity around the world. It warns that unless action is taken, these trends are likely to continue.

The Global Report on Food Crises is an important tool for assessing the level of hunger and food insecurity around the world. It highlights the need for urgent action to address these issues.

The Causes of Hunger Globally?

The main cause of hunger globally is poverty. According to the World Food Programme, around 795 million people worldwide do not have enough food to lead a healthy life. This is due to a lack of money, which can make it difficult to buy food. the whole crisis is not just due to the lack of food it is because the distribution around the world is not fair.

The rich people waste their food and throw them into the trash instead of giving this food to the poor.

Other causes of hunger include natural disasters, such as floods or droughts, and conflict. Natural disasters can damage crops and make it difficult for people to access food. Conflict can also prevent people from being able to farm or sell food.

Hunger is a complex problem with no easy solution. However, organizations like the World Food Programme are working to try and reduce hunger globally. They provide food assistance to people in need and work to improve access to food.

Levels of Hunger Around the World?

According to the Global Report on Food Crises, levels of hunger remain alarmingly high around the world. The report estimates that there are 821 million people who are chronically undernourished, meaning that they do not have enough food to lead a healthy and active life.

There are many factors that contribute to hunger and food insecurity around the world. Poverty is one of the main drivers of hunger, as poor people often do not have access to adequate food or resources to grow their own food. Conflict is another major factor, as it can lead to displacement and disruption of food supplies. Natural disasters can also cause food insecurity, as they can damage crops and infrastructure and make it difficult for people to access food.

The Global Report on Food Crises highlights the need for urgent action to address the issue of hunger around the world. Without action, the number of people suffering from hunger is only likely to increase.